As you know I am struggling to learn Python 2. In case you wonder why Python 2 and not Python 3? For me it was just a matter of convenience really, I couldn’t point out the differences between those 2 even if it could save my life

I started with “Learn Python the Hard Way” and it suggested to install Python 2, as you know I ru(i)n Linux on my Desktop and it had Python 2 pre- installed, so that was easy.

“Learn Python the Hard Way” and the  require no registration

for the others you can use your Google account to log in. As you know I’m doing the first two courses right now and yes I am planning to the last 2 too! I like to listen to Sal Khan his voice and when you finish the course at Udacity, you’ll get a certificate with a picture of a robot on it

I would like to point out that “Learn Python the Hard Way” doesn’t seem to require much mathematical insight as far as I can see (I am at exercise 25 at the moment of writing), if you can think logical you’re fixed

The Code Academy’ s Python course is a different story though, this is a screen shot of 1 of their exercises: 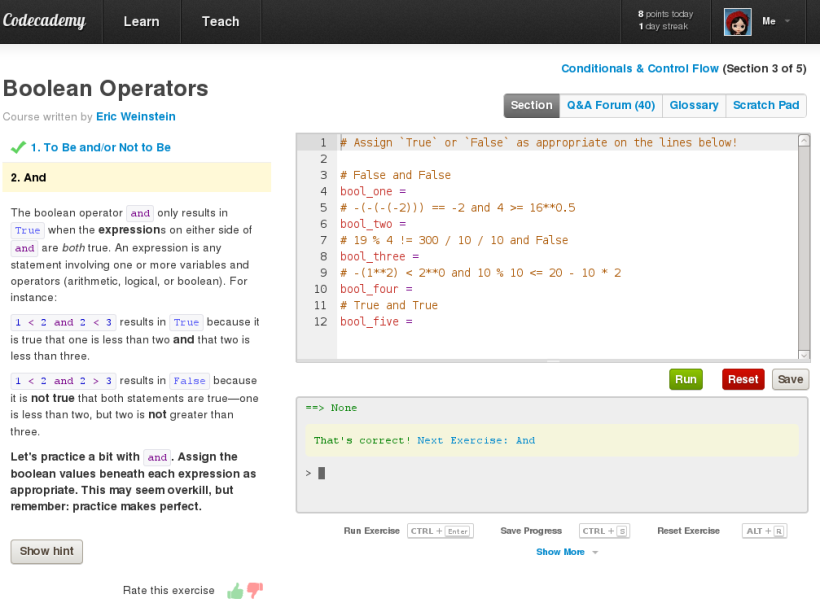 If your math is a bit rusty or you aren’t the most gifted mathematician around,  it might help to look at Khan Academy’s math curriculum.